When will it end? Police CONSTANTLY keep throwing their proverbial dicks around thinking they are above the law. Now they are shooting people IN THE FACE with rubber bullets (which are actually supposed to be BOUNCED after shooting them TO THE GROUND OR ROAD).

A coalition of criminal justice activists and homeless advocates filed a lawsuit against the city over how Los Angeles police have handled protests following the death of George Floyd, accusing officers of shooting a homeless man in the eye with rubber bullets and holding people for upward of 12 hours for simple curfew violations.

The complaint also provided new information about images of a homeless man bleeding from the eye in downtown Los Angeles that had gone viral and been shared by many critical of the department over the last week.

PROTECT YOURSELF FROM THE POLICE NOW! 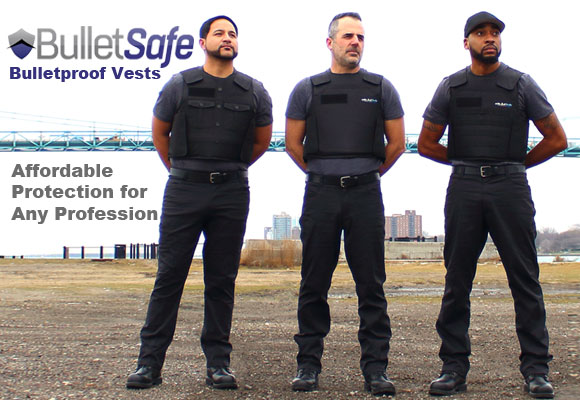 Protests over the death of Floyd, who was killed while in Minneapolis police custody on May 25, have led to unrest that Los Angeles has not seen since the 1992 riots. While businesses were looted and buildings were damaged and burned in downtown, Van Nuys and the Fairfax District, activists said protests have been largely peaceful and police have focused most of their attention on arresting demonstrators instead of looters.

The LAPD has not completed a full breakdown of arrests during the protests. Department spokesman Josh Rubenstein estimated that about 2,700 people were arrested between May 29 and Tuesday during the height of the protests, and booking records suggest the majority of those arrests were for failure to obey a dispersal order or curfew violations.
The department has not provided updated arrest figures since Tuesday. The lawsuit estimated 3% of the 2,700 arrests were for looting or other crimes. Booking records reviewed by The Times earlier this week showed about 150 people had been arrested for looting in Los Angeles during that time frame, approximately 5% of the overall arrest total.

?Over the past week, while [Black Lives Matter Los Angeles] and its members were engaged in lawful First Amendment activity, the LAPD used force to terminate the protests, including the indiscriminate use of so-called ?less lethal? weapons that caused injury to its members and instilled fear in them that, if they chose to assemble in public spaces to express their opposition to police violence across the nation against black men and women, they would be the subject of such violence and arrest,? the suit said.

The suit also accused the LAPD of arresting a number of homeless people for curfew violations even though they ?had no place they could go to avoid violating.?
The suit contained a gruesome picture of a homeless man in a wheelchair bleeding from the eye, allegedly after police shot him in the face with rubber bullets. The LAPD has said it uses less-than-lethal foam projectiles, not rubber bullets.

Carol Sobel, a civil rights attorney representing the plaintiffs, said at least three homeless men in wheelchairs were struck by rubber bullets fired by the LAPD during downtown protests. One of them, a member of L.A. CAN known as ?Cincinnatti,? had ?pleaded with police not to use force on him before being shot in the face,? the suit alleges.

Rubenstein confirmed the incident involving the homeless man is the subject of an Internal Affairs investigation, as are several other widely circulated clips of alleged police misconduct that have surfaced in recent days. He urged anyone who believed they were the victim of police misconduct to contact Internal Affairs or the Office of the Inspector General, but declined to comment on the lawsuit.

Even the LAPD’s request for information about misconduct in the past week has been met with push back from defense attorneys and criminal justice advocates, who have advised people to discuss their case with an attorney prior to contacting any police officials with a complaint.

Earlier this week, LAPD Chief Michel Moore said the department needed to show more force in response to attacks on police officers and reports of looting in various parts of the city (likely NOT protesters however -CG). At least 27 officers have been injured in the last week while responding to protests or looting, including one officer who was hospitalized with a fractured skull (Oh deary me!!! – CG).

But in recent days, the LAPD has been criticized for its response to the demonstrations. Two City Council members and the president of the civilian Police Commission, former federal prosecutor Eileen Decker, have called for a review.

On Friday, Rep. Ted Lieu (D-Torrance) also called on the commission to investigate the department’s response to protests and looting in the Fairfax District last week.

Late Friday, Mayor Eric Garcetti said some of the police tactics seen in the last week had ?no place in the City of Angels.?

?The civilian Police Commission’s Inspector General is reviewing the footage and will ensure a full investigation of incidents depicting excessive uses of force, which could lead to officer discipline or removal. Every incident has a larger context, but our officers must keep the peace, without violence,? Garcetti said.

Yeah well, we’ll see. If history is ANY indication, we shouldn’t hold our breath…

Something in the Air Know The Signs: How to tell if your grandparent has become an antifa agent
News, News & Events, Politico, World News