Know The Signs: How to tell if your grandparent has become an antifa agent

Buffalo protester shoved by Police could be an ANTIFA provocateur. 75 year old Martin Gugino was pushed away after appearing to scan police communications in order to black out the equipment. @OANN I watched, he fell harder than was pushed. Was aiming scanner. Could be a set up?

For your birthday, she knits you an unwanted scarf. To be used as a balaclava?

She belongs to a decentralized group with no leadership structure that claims to be discussing a ?book,? but no one ever reads the book and all they seem to do is drink wine.

Is always talking on the phone with an ?aunt? you have never actually met in person. Aunt TIFA????

Always walking into rooms and claiming not to know why she walked into the room. Likely.

She ‘trips? over and breaks your child’s Lego police station when walking through the living room in the dark.

Total and bewildering lack of nostalgia for good old days.

Gathers with loose-knit, disorderly group of figures you have never met to play ‘mah-jongg,? governed by mysterious ?rule cards? issued annually from a nebulous central authority.

Suddenly, for no reason, will appear or pretend to be asleep.

Insists on producing container of nuts whenever there is company. Why? Code of some kind?

Carries peppermints (chemical irritant?) in purse at all times.

Is taking Centrum Silver. But for what reason? Surely to build up strength for the coming confrontation.

Keeps forwarding you what appears on the surface to be emails of jokes someone has typed out from a Reader’s Digest; claims to think you would ?enjoy?; must be some sort of recruitment or propaganda or hidden message. 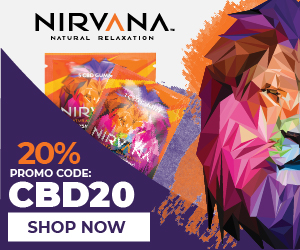 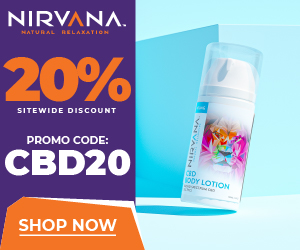 Hired a clown for your child’s birthday ? part of the Juggalo command structure?

Big tin of Christmas popcorn mysteriously replenishes itself. WHO IS HELPING?!

You gave her a Precious Moments figurine of a law enforcement officer, but she hasn’t displayed it.

Remembers things from the past in incredible, exhausting detail, but recent ones only sporadically? Cover of some kind (?).

She claims not to know how to use her phone, yet always appears upside-down on FaceTime, which should be impossible without hacking capabilities.

If she is to be believed, she spends hours playing bridge.

Is walking non-threateningly at a public protest.

The 75-year-old man who was shoved to the ground by police at a protest in Buffalo, New York, suffered a brain injury and is facing “a new normal,” his lawyer said Thursday.

The video of social justice activist Martin Gugino being pushed at a protest on June 4 outside City Hall became one of the most-viewed examples of police violence related to nationwide protests sparked by the death of George Floyd.

Gugino has been hospitalized since the incident, which led to charges of second-degree assault and suspension without pay for Buffalo officers Robert McCabe, 32, and Aaron Torgalski, 39. Both officers have pleaded not guilty.

On Thursday, Gugino’s lawyer, Kelly V. Zarcone, said she had spoken with him, and he was feeling better and “starting physical therapy today which is definitely a step in the right direction.”

But, Zarcone said, “As heartbreaking as it is, his brain is injured and he is well aware of that now.”

For that reason, she said, he wasn’t interested in doing media interviews at this point, but he “feels encouraged and uplifted by the outpouring of support which he has received from so many people all over the globe.”

“It helps,” Zarcone said. “He is looking forward to healing and determining what his ‘new normal’ might look like.”

Zarcone added that Gugino was “a soft spoken but thoughtful and principled man.”

Friends told Religion News Service that Gugino is a devout Catholic and retired computer programmer who has long worked to advocate for the poor, disenfranchised and on behalf of Black Lives Matter.

On June 4, he was at a protest in Buffalo when he approached a large group of officers in tactical gear before saying something, video shows.

The officers yell for him to move back before one or two appear to push him before he falls backward, slams his head and then lay bleeding and motionless on the ground.

One of the officers appears to lean over and say something to Gugino on the ground before another officer pulls him back and they march past him.

The incident occurred shortly after the city’s curfew of 8 p.m. on Thursday, NBC affiliate WGRZ in Buffalo reported. Buffalo police initially said the man tripped and fell, but video revealed the reality.

After the suspension of the two officers, but prior to their being charged, 57 members of the Buffalo Police Department’s Emergency Response team quit that unit in solidarity with their colleagues.

Gov. Andrew Cuomo condemned the officers’ actions on the day after the incident.

Cuomo said he spoke with Gugino and that the incident “disturbs our basic sense of decency and humanity.” 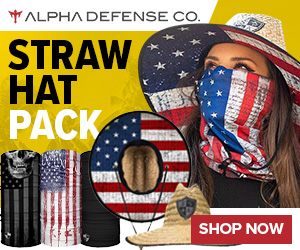 In response to the cops’ suspension, Fifty-seven police officers in Buffalo, New York, have resigned from the force’s emergency response team following the suspension of two officers who are seen on video pushing a 75-year-old protester, a source close to the situation said Friday.

“Fifty-seven resigned in disgust because of the treatment of two of their members, who were simply executing orders,” Buffalo Police Benevolent Association president John Evans told WGRZ on Friday. WKBW also reported news of the resignations, both are local news stations.

So, after an elderly man was ATTACKED and the criminals that ATTACKED HIM were punished, more police (people sworn to “protect the public”) protested the fact that they were HELD ACCOUNTABLE. Think on that for a while…

CrazyGurl thinks THEY ALL SHOULD BE FIRED FROM THE POLICE FORCE. Buffalo DOES NOT need criminals protecting the public – we get enough of that in Washington D.C., right?

Honestly, you can’t make this stuff up….