The Parable of Harry R Truman

The Parable Of Harry R. Truman is an important story. Harry R Truman was a the mold of a 20th century badass. Harry was a Veteran of the first World War, a private businessman, and an entrepreneur. His sister remembered him as “A very opinionated man.” He held fast to unshakable convictions.

This article is important because when one thinks about the history of the 20th century, there were a lot of parts that our elementary school history book left out, and Mr. Truman was one of them. Harry was rarely seen without his glass of whiskey and Coca-Cola. “I don’t like to drink” he said. “People drive me to it.”

Harry R. Truman owned the Spirit Lake lodge at the foot of Mount St. Helens, and had owned it for decades. Over 50 years the lodge had been destroyed by weather twice, and twice Harry built it back again.

More Reading on CG: The Universal Laws of Human Stupidity

The Parable Of Harry R Truman

Harry R. Truman owned the Spirit Lake lodge at the foot of Mount St. Helens, and had owned it for decades. Over 50 years the lodge had been destroyed by weather twice, and twice Harry built it back again.

Harry was the living embodiment of the American dream and pulling yourself up by your bootstraps. He ran the business purely on his own effort an ingenuity. He famously said several times that if you didn’t care for the way he ran his business, you were welcome to see Mt. St. Helens somewhere else.

“If you don’t like my apples, don’t shake my tree.” he said.

The area owned and operated by Mr. Truman was one of the most famously beautiful areas in the Mt. St. Helens scenic area. Built on Spirit Lake right at the foot of the great mountain, the nature, views, and atmosphere were unparalleled. The area was remote and difficult to access, and Harry navigated the challenge of building and running a business far, far off the beaten path. When Harry first arrived, he had to get to his lodge by snowshoe.

The Spirit Lake Lodge owned by Harry R. Truman was the quintessential American experience. Owned by a veteran and good ol’ boy, it was one of the best ways to see the beauty of the untamed Pacific Northwest.

However, as most reading already know, not everything stayed calm and tranquil at Spirit lake.

In March 1980, Mt. St. Helens abruptly reminded America that the mountain was in fact a stratovolcano, and it was still very much alive. A series of earthquakes tracked by the United States Geological Survey (USGS) quickly made it clear that magma was moving inside the volcano. Mt. St. Helens was no longer dormant. An eruption was coming. The data collected by USGS made it clear it was not a question of if, only a question of when the mountain would have a large, major eruption.

The governor declared a state of emergency. the USGS quickly defined a “red zone” within which the population would be at risk because of the approaching eruption. The area was closed. Landowners were evacuated.

Except Harry R. Truman. Who made it clear he wasn’t going anywhere.

The Parable Of Harry R Truman

This is the part I feel like history books often leave out.

Private landowners and wealthy vacationers with private cabins were incensed at the governor closing the area. Protests built at police blockades all around the mountain. The people wanted back in.

Many people wanted the opportunity to at least go in and recover some of their property. Others simply wanted to go vacation as normal and were angry that the closures interrupted their ability to visit their own property.

Overnight, Harry R. Truman became an American Folk Hero. A war veteran that took no shit, Harry wasn’t moving. Despite repeated requests from the authorities and the USGS, Harry refused to evacuate. This caused chaos for the authorities. Not only was Harry in danger, but news crews kept putting themselves in danger sneaking into the red zone for a chance to interview the famous Harry R. Truman. Perhaps his most famous moment, Harry told one such news broadcast “That mountain and that lake is apart of Truman and I’m a part of it.” He became the rallying banner for local landowners to go around local safety efforts, and a story that the American media and American citizens loved. Harry was the living embodiment US stick-to-it-iveness.

Not only wasn’t he leaving, he made it clear to anyone that would listen that he didn’t think the eruption was going to be as bad as predicted. He resented people attempting to show him the evidence of the scientists working at the USGS.

“…the mountain has shot its wad and it hasn’t hurt my place a bit, but those goddamn geologists with their hair down to their butts wouldn’t pay no attention to ol’ Truman.”

Harry believed that even if there was an eruption, the local timber forests and the lake would protect him and his property from any damage. 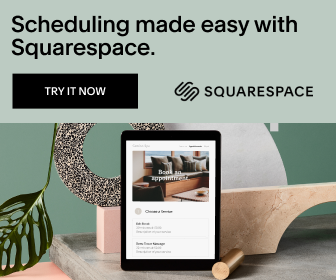 Harry was wrong. The morning of May 18th, the side of Mt. St. Helens slid away in the largest landslide in recorded history. This released pressure on several magma chambers. Over approximately 1 minute, Mt. St. Helens exploded with the power of 1600 Hiroshima bombs.

A wave of explosive gas expanded out from the blast faster than the speed of sound. In mere moments, the blast obliterated Spirit Lodge, buried the entire area in multiple square kilometers of rock and magma, and then the entire area was covered in water displaced from the lake.

The trees that Truman thought would protect him were blown over like grass. So many trees were displaced that lakes in the area are still covered with the dead timber TO THIS DAY.

THIS BITCH’s (CG) point is that Harry R. Truman was a dipshit.

We shouldn’t mind that he was 80 years old and he made the decision to die with his lodge. That I respect and “good for him”. He got what he wanted.

The problem is he told anyone that would listen that the scientists didn’t know what they were talking about and it was going to be fine. This ended up on the news all over the country. Here’s the thing, he in fact was not a scientist and had not a clue what he was talking about. And he fucking died.

It should bug the shit out of us that people still think of Harry R. Truman as a hero and a man to be admired. He absolutely wasn’t that. He was a stubborn old man that spewed misinformation, and we ate it up. It sucks that there is stuff in the area named in his honor, he has a big monument to him.

If you want a hero, look to the local USGS scientists that gave their lives to protect American citizens. Look up and remember David A. Johnston who died to give early warning to local authorities.

Next time a dumb guy gets a microphone, remember that this person is an early-stage Harry R. Truman.

The Universal Laws of Human Stupidity The Killing of Tim McLean
Entertainment, Just Because, News